Gone are the days when raising a child was a woman’s job. Today, modern fathers want to be involved in all aspects of parenting, be it nappy changing to helping with the school work, they want to be part of it all. Celebrity parents like Johnny Depp, David Beckham,Jamie Oliver have no qualms about spending time with their kids. Even new dad Ryan Reynolds spoke about reading stories to his kids in a talk show recently. There is now conclusive research backing this.  According to a new study led by New York University, involving fathers in parenting programs where they could engage in reading can lead to improved outcomes.

The study by NYU’s Steinhardt School of Culture, Education, and Human Development mention that involving fathers in parenting programs can have better outcomes them and in turn to their children as well. Fatherhood is as an important aspect in developing the emotional, social and behavioral aspects of a child. Most previous research focused only on mothers and the drop-out rates for previous parent intervention studies involving fathers were very high. 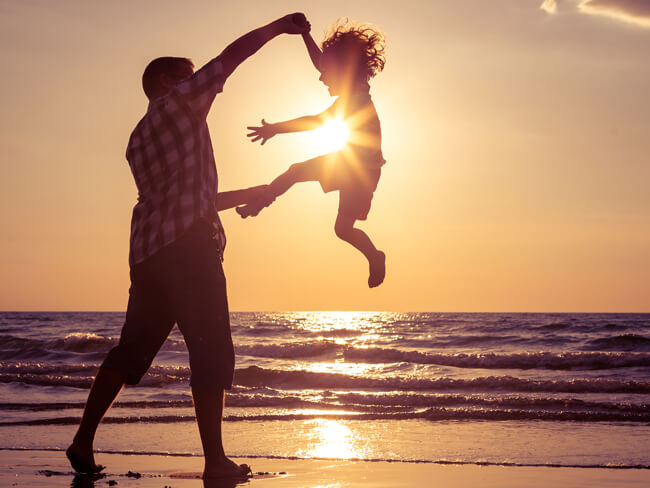 The new study focused on analyzing the effects of a father parenting intervention program called “Fathers Supporting Success in Preschoolers” which focuses on integrating parenting with shared book reading to enhance the bond between father and child. Shared book reading is an interactive program that encourages pre school children to become avid storytellers. It heavily focuses on images and prompts parents to praise and encourage their children, that makes them ready for school.

In this study, 126 Spanish speaking fathers from low income groups randomly assigned to participate in the 8-week program that consisted of weekly sessions lasting 90 minutes each. In these sessions, videos of fathers reading to children, but with a lot of errors were shown to a small group of dads. The group were made to identify these errors and discuss appropriate approaches to solve these interactions. Fathers were urged to utilize the strategies they recognized during the session with  their children at home.

The researchers reported a dramatic improvement in parenting skills, child behavior and child language. Fathers also commented on  improved psychological development, making fewer remarks at their children and using more affirmative parenting styles like affection and praise. The study also tracked a 30% increase in parenting skills and school readiness in children. The turnout of the participating fathers for this program was a high 79% which was never recorded in previous parenting programs for dads. The findings were published in Journal of Clinical Child & Adolescent Psychology.

The main focus of this parenting program was to establish better parenting styles along with other fathers that aids their school readiness and open interactions with their children. The research team mentioned that to increase the success rate of such parent child interaction therapy, more methods should be devised to meet the demands of different communities.

If you need to speak to our psychologist, use Visitapp.

Read more:  Men’s and women’s brains, not any different