We are all addicted to checking out our social media platforms while still rubbing our eyes each morning. Teenagers make the most of social media, be it updating their profile photos on Facebook, Snapchatting and Instagramming about their new hairdo, or Tweeting about the latest trends across the globe. The constant desire to stay connected and being updated on everything that is happening in webspace can be taxing though. These late night log-ins can seriously undermine their sleeping time. A series of latest researches have revealed that checking in on tweets and Facebook updates into the wee hours of night can lead to insomnia.

A new UK- based study published in the Journal of Youth Studies has reported that one in every five teenagers are losing sleep over increasing social media usage. They are also three times more likely to be tired at school than their peers who avoid ‘liking’ and updating statuses on social media sites. Researchers involved in the studies inquired teens about their usage activities on social sites during the day and night time, sleep routines, quality of sleep, anxiety, depression and the pressure to be online 24 x 7.  Research showed that the teens have reported issues with anxiety, depression and sleep concluding that there is a definite negative impact of social media on youth. Adolescent girls are more affected than boys, the study reported. 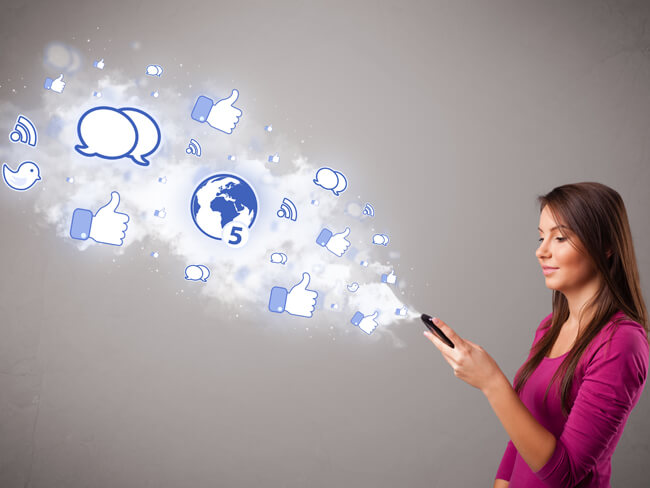 College teens who regularly access social media sites have poor sleep quality. They may tend to suffer from poor cognitive judgement and end up feeling tired during the day. Young adults usually tend to sleep with their phones near their beds and several tend to use them before they go to sleep. Such heavy use of social media can have a negative psychological impact leading to mental stress, teenage anxiety and may increase the risk of being cyberbullied in some cases.

The radiation from the cellphone is also responsible for brain tissue damage and increased levels of physiological arousal that makes us feel tired despite having slept for a long duration.

There are many ways to cut down the negative effects of social media:

Connecting with yourself is more important than connecting with others. Well, you can tweet about that later. It is past your bedtime already.