Finally, ecstasy may have a friend in treating mental health disorders. An active ingredient present in psychedelic mushroom is touted to have therapeutic benefits that can help ease symptoms of depression in cancer patients, new research findings from two separate studies has shown. 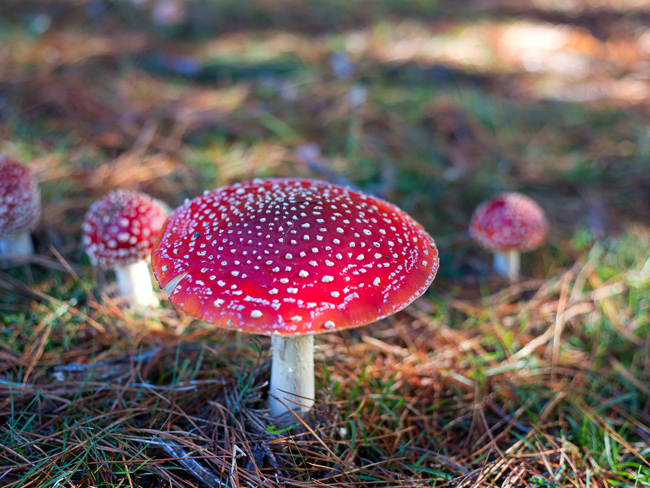 How do mushrooms help?

Psilocybin, the hallucinogenic compound found in some species of mushroom can help with depression and other psychological stress caused due to terminal illnesses, and that effect was found to be immediate as well as long lasting. The findings of this study were published in Journal of Psychopharmacology.

Research was conducted by the renowned Johns Hopkins University as well as NYU’s Langone Medical Center separately on 80 participants who had life threatening cancer as well as symptoms of depression and were administered low doses of  the extract of psilocybin mushrooms. Both studies showed strong evidence about the therapeutic value of the active chemical with 80% participants showing clinical improvement in symptoms of depression and anxiety.

Another advantage of this magical mushroom therapy  is that the effects lasted for more than six months which could prove to be a turning point in treating several psychiatric conditions such as depression.

The participants were initially given low doses of the extract of psilocybin mushroom followed by a moderate dose after an interval of five weeks. Before the study, the team of researchers conducted personal interviews of the participants and had them complete a questionnaire to evaluate their mood and other feelings. The same questions were asked seven hours, five weeks and six months after the first dose.

These encouraging findings could have potential to help in providing care to patients with cancer related psychological illnesses such as depression. The researchers are designing a follow up study with several hundred volunteers to duplicate the results from the original two studies.

Related article: Lol your way to a hundred

Feeling low? Talk to our expert Psychiatrist on the VisitApp.