Stem cells are originally ‘mother cells’ that can be converted into any cell or tissue. They are unspecialized cells, and can be made into specialized ones like heart cells, nerve cells etc. Another advantage of using stem cell therapy is that  they can divide and renew themselves for longer periods, which make them a novel course of treatment in regenerative medicine.

Stem cell research began over 60 years ago. In the early 1950s, researchers found out that human bone marrow contained two types stem cells that could either form blood tissue or bone tissue. A decade later, in the 60s they discovered stem cells in the brain that eventually became nerve cells. It was only in the 1990s that scientists found that brain does contain stem cells can generate the three types of nerve cells – astrocytes, oligodendrocytes and neurons. 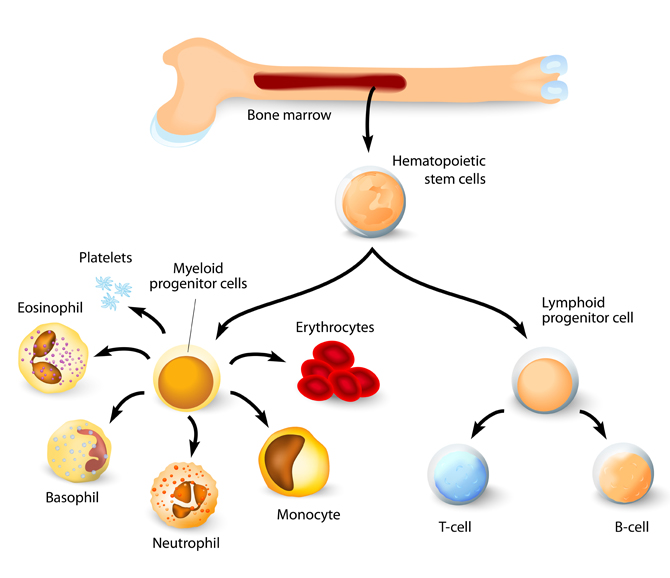 An experimental treatment conducted by Neurorestorative scientists at the USC Keck School of Medicine in California using stem cell therapy was used on Kristopher Boesen who suffered a severe traumatic injury after a bike accident in March this year to his cervical spine that left him paralyzed neck down. His family was warned that he would never walk again. Soon he learned that his case could be part of a multicenter clinical trial that would use of stem cells to help repair the damage from the injury.

As soon as the family agreed to participate in the trial, Dr Liu and his team at Keck injected 10 million AST-OPC1 stem cells in his spinal cord and within two weeks showed remarkable improvement in his motor function. Mere 90 days into the procedure, he is able to write his name, hug his family and use a computer.

The AST-OPC1 stem cells were made from embryonic stem cells that were precisely converted into oligodendrocyte progenitor cells (OPCs), that are found in the brain and spinal cord that help in maintaining nerve health.

Even though doctors have not been able to predict how much more function can be regained, stem cell treatment for spinal cord injury can definitely help in treatment of paralytic patients. Being able to restore any level of motor functioning in those with spinal injuries can help notably improve the daily lives of the patients.

Extending the “ first of sorts” to stem cells, another team of scientists in Sao Paulo, Brazil  have also found encouraging results in treating patients with stem cell therapy who have been paralysed from waist down. Out of the 30 patients that were part of the treatment, 12 showed sensations and tingling and experiencing feeling in the legs 2 months into the treatment.

Many stem cells obtained from a variety of sources like brain tissue, embryonic stem cells, tooth pulp, nasal cavity, cord blood have been used to be tested on animals, but all have only showed partial recovery in function. Nevertheless, stem cell research is an active field and with future research, looking at complete recovery of a patient does not seem like a distant dream anymore.