It is usually thought that the older the woman is during her pregnancy, the greater are the chances of a stroke. However, this assumption is now put to rest as a recent study shows that younger pregnant women in fact face double the risk of having a stroke than their older counterparts.

The results published in the journal JAMA Neurology reveal that cases of pregnancy associated stroke have been increasing, according to Dr Miller , a vascular neurology fellow of Columbia University Medical Center and lead author of this study.

For this study, records of women between 2003-12 between 12-55 years of age from the New York State Department of Health showed over 19000 women were admitted for cerebrovascular events. 4.2% were pregnant women with an average age of 31 years. Pregnancy associated stroke in women 12-24 yrs of age accounted for 15% and 20% for women aged 25-34 years. Between the ages 35-44, the statistics for pregnancy associated strokes was only 5% and for the ages 44-55 years it was a meagre 0.05%.

Stroke is a debilitating vascular condition where the supply of blood to brain is interrupted depriving the brain cells of oxygen and nutrients. In pregnancy, the state of a woman’s blood is hypercoagulable i.e. it clots faster than a non-pregnant woman’s blood, suggestive of higher chances of forming a clot which increases her chances of a stroke.

Causes of stroke in women independent of pregnancy are :

What are the symptoms of a stroke in a pregnant female?

To remember the symptoms of a stroke think FAST! 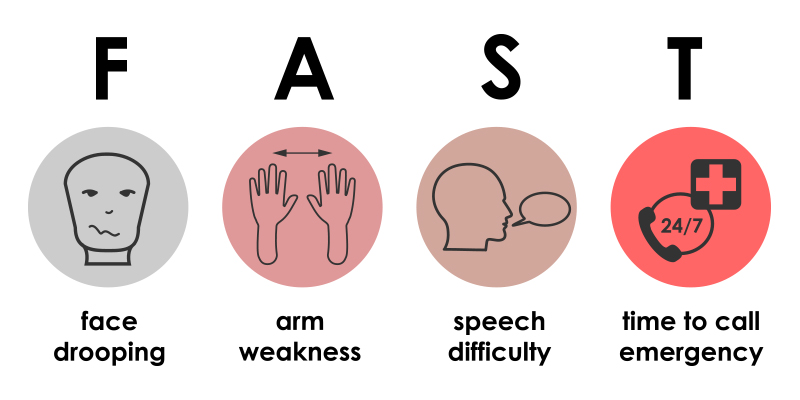 F: Face : Is the face drooping on any one side?

S: Speech: If the speech is slurred while talking, then waste no Time.

If you see any of these symptoms, immediately rush to an emergency.

Women were previously warned about the risks of stroke with advancing age, but this study shows that the risk of stroke is similar in the age groups of women who aren’t pregnant. Dr. Miller and her team hypothesized that the pathophysiology for strokes is varying in different age groups. If you are a young mother, don’t skip the visits to your gynaecologist through the pregnancy.